Are you paying too much for your broadband? 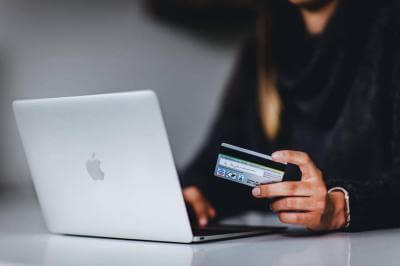 Are you paying too much for your broadband? If you haven't taken out a new deal recently, or if you're on a plan that isn't right for you, then there's a good chance you are.

And we're not just talking about a few quid a month - in some cases you can wind up paying hundreds extra every year.

So how can you tell, and what can you do about it? Let's take a look.

What do you need?

What do you and the others in your household use the internet for? Is it for non-stop streaming and gaming? Is it essential for work? Or do you use it mostly just for a little browsing and shopping?

Once you sort this out you can decide what sort of speed of service you need, and see if what you've got is appropriate.

The trick is to find the right speed, whatever it is. You don't have to pay for something faster and flashier just because you assume it's better, even if you don't need it. But equally, don't skimp on a package that's too slow, or you'll be in for a frustrating time.

Now you know what you're after, you can compare the prices on all the latest broadband deals.

If you're already on the right speed broadband, you can check to see if there are any options available that are much cheaper than you're currently paying. Or if you want to upgrade - or downgrade - in future, you can see how the price will compare to your bill right now.

Are you still in contract?

The main reason why anyone finds themselves paying too much for their broadband is that the minimum contract period on their deal has ended. The price will always go up when this happens - sometimes by as much as 80% or more. And it'll rise by an above average amount every year on top of that.

Changes to Ofcom rules mean that ISPs should be proactive in letting you know what your situation is and what your options are. Where they would have once been happy to keep you on an old deal for years they should now tell you when your deal is up, and point you towards the better prices than can offer you.

If you're on your supplier's books as being a vulnerable customer - which can cover anything from disability to unemployment or money troubles - then they should also avoid hitting you with the big price rises when your deal ends. So make sure you inform them if your circumstances change.

But that's as far as it goes. Most of us still have to make the effort to find a new deal. Do nothing and it can very expensive very quickly.

In short, if you've been out of contract for a while, we can say with certainty that you are paying more than you should be. The good news is that with no contact tying you down, you can find a new deal and slash your monthly bill in just a few minutes.

Are you a new customer or a loyal one?

The other big reason why people pay more than they should is that they're too loyal.

It's long been known that businesses keep their best deals to attract new customers. Ofcom have taken steps to encourage broadband providers to make the better deals available to those who are renewing, but the fact remains that there are still a lot of benefits to be had in switching providers.

It isn't just the promise of better deals and lower prices, but rewards, gifts and other incentives, too. Many suppliers offer free money, or cashback that's equivalent to one or two free months of internet access. Make sure you factor in the value of these when you're comparing prices.

But while free money is great, obviously, don't be seduced by the promise of free gifts. Remember, you're only making a saving there if you would have bought the product anyway!

Has your price gone up?

The price you signed up to isn't necessarily the price you'll pay throughout your entire deal. Most plans allow for annual increase in line with inflation; the BT-owned brands specify in their contracts a price rise of inflation plus an extra 3.9%.

As long as these increases are in your contract there's nothing you can do - just be sure to read the terms of your deal properly before you sign up in the first place.

But if the price has gone up at a level that you didn't agree to, Ofcom rules say that you can quit your contract without penalty so long as you give notice within 30 days of your provider telling you they're raising their prices.

You must act quickly, then, but don't jump the gun. If you were on a particularly good deal before, it may still be competitive even after the increase. Compare the prices first to make sure - you'll be annoyed at a mid-contract price hike, but that isn't a good enough reason on its own to quit.

Do you need bundles?

Bundles including premium TV or mobile coverage can save you a lot of money, but they're also an easy way for a provider to upsell you things you don't necessarily need. They bring an element of lock-in as well, since the more services you get from one company, the harder it seems to switch.

When taking out a bundle, make sure you only sign up to the things you want - the TV channels you actually watch, the data allowance you will use.

This applies to landline call bundles too. They can be tempting as they seem like an easy way to save money. Just make sure you actually use your landline as much as you think (nowadays, there's a good chance you don't!).

Are you willing to switch?

So many people get stuck on bad deals because they think that switching providers is too much hassle. It really isn't. The process is a lot easier than you probably realise.

In fact, if you're switching between two providers that use the Openreach network - which includes the likes of BT, Plusnet, Sky, TalkTalk, and many more - then your new supplier will take care of the whole process for you.

And if you really don't want to switch, at least get in touch with your current provider to see if you can negotiate a lower price. If you're at or near the end of your contract they'll often be more than willing to do you a deal.

Are you ready to start shopping for a better value broadband deal? Use our postcode checker to find the best plans available where you live, or call us for some free, impartial advice.