It's about to get even easier to switch broadband providers 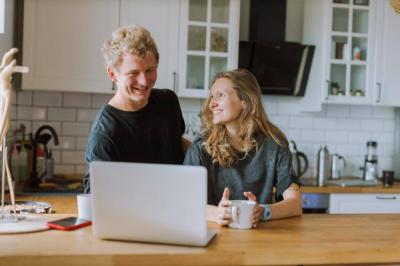 We all know that switching suppliers is often the route to getting the best possible broadband deal.

But if you've been putting off switching because it just seems like too much bother, we've got some good news for you - it's about to get a whole lot easier!

Industry watchdog Ofcom have unveiled new rules that will make it possible to change broadband providers in as little as one day.

Under the terms of their new "One Touch Switch" process you'll need to contact only your new supplier when you want to make the move.

You won't have to speak to your existing provider at all - which means you won't have to face the hard sell or any of the other tactics they use to stop you from leaving.

For the first time, the process applies to cable and full fibre providers, who were previously exempt from the rules. And it means that in some cases you'll be able to change providers the next day.

Here's how it works:

Some of this process already happens under the current rules. If you move between providers that use the Openreach network - if you move from Sky to BT, for example - then it should already happen fairly seamlessly.

But if you moved to or from a provider that uses different network infrastructure, like Virgin Media's cable network, then you would have to arrange the switchover date yourself. This is a major change, and will become even more important as the full fibre rollout continues across the country.

Ofcom research has shown that some 41% of users are put off switching by the perceived hassle involved. Around a quarter reported obstacles in moving when their old provider tried to convince them to stay.

The new process means that switching can happen much more quickly. If you're out of contract and moving between Openreach providers, it could take as little as a day.

If you're moving to or from cable or full fibre, you're likely to need an engineer to come and hook you up to the network. That will take longer, obviously, although your new supplier will take care of all the details for you.

Under the rules, providers will have to compensate you if something goes wrong during the switch and you're left without internet access for more than a day. Ofcom have also banned notice-period charges beyond the switch date - although you will still have to pay termination fees if you aren't out of contract.

Given the size of the changes required, ISPs have been given 18 months to implement them. They must all have the process in place by April 2023, but should start work on implementing it straight away.

Until then, moving between providers that use the same network is covered by a one-step switch process, so is already easier than you might realise. Also, remember that you may be able to exit your existing contract without penalty if you aren't getting the speeds you were promised. And you get a 14-day cooling off period when you switch providers. You don't need to stay with one if you aren't happy with what you're getting.

Are you ready to shop for a new ISP? Use our postcode checker to find the best broadband deals in your area today.