General Election 2019: what are the parties' plans for broadband? 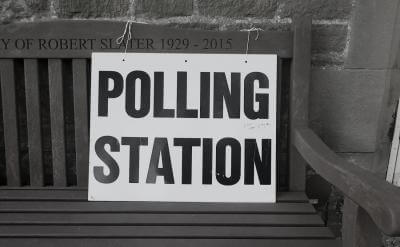 As you might have noticed, there's an election coming up.

Obviously, broadband is not going to be one of the most important issues for most voters, yet it has played a surprisingly high profile role in the campaign so far, as parties use it as a way to show off their grand visions for Britain in the 2020s.

So what exactly are they promising? Fortunately, we've read the party manifestos so you don't have to. Here's what they're saying.

"We intend to bring full fibre and gigabit-capable broadband to every home and business across the UK by 2025.

"We know how difficult it will be, so we have announced a raft of legislative changes to accelerate progress and £5 billion of new public funding to connect premises which are not commercially viable."

The Tory policy is based on Boris Johnson's "full fibre for everyone by 2025" plan that he announced during his party leadership campaign, which we looked at back in August. The reaction at the time was that, while it was a nice idea, the timescale was just too ambitious.

No surprise, then, that the plan has been subtly tweaked. The manifesto now talks about "gigabit-capable" broadband rather than focussing wholly on fibre-to-the-home. This presumably includes Virgin Media's network, and maybe even 5G, as the rollout of that accelerates over the next five years.

The Tories have pledged £5 billion of funding to cover rural and other hard to reach areas. The rest of the estimated £30 billion will come through private investment.

"Labour will deliver free full-fibre broadband to all by 2030.

Labour have the most eye-catching policy by far, and either the most exciting or controversial depending on your point of view.

The first part is the renationalisation of Openreach, the BT-owned company that controls the UK's broadband infrastructure, and is part of their broader plan to bring water, the Post Office and the railways back under public control. They would then continue the rollout of the full-fibre network, starting with rural areas, with a target date of 2030. They've allocated four times as much money to this as the Tories, funded largely by taxes on the likes of Facebook and Google.

The pledge to provide free full-fibre broadband to everyone grabbed the headlines, but in truth it looks more like a long-term goal than a firm policy. There's no real detail and no acknowledgement of the ways the broadband landscape will change over the next decade. Plus, there will be at least two more general elections before that 2030 deadline.

So how viable is all of this, and what are the implications? Read our full analysis of Labour's broadband policy to find out.

"A programme of installing hyper-fast, fibre-optic broadband across the UK – with a particular focus on connecting rural areas.

"Reform building standards to ensure that all new homes built from 2022 have full connectivity to ultra-fast broadband and are designed to enable the use of smart technologies.

"Prioritise small and medium-sized businesses in the rollout of hyper-fast broadband.

"Ensure that all households and businesses have access to superfast broadband (30Mbps download and 6Mbps upload). Invest £2 billion in innovative solutions to ensure the provision of high-speed broadband across the UK, working with local authorities and providing grants to help areas replicate the success of existing community-led projects."

The Lib Dems' main broadband policy - to install a hyperfast network, with an emphasis on rural areas - is similar to what the two biggest parties are promising. It isn't costed, though, and presumably has an open ended timetable given the nature of two of their other more interesting policies: ensuring that new homes can get ultrafast (not hyperfast) broadband, and the guarantee that everyone will get at least 30Mb internet. This is an upgrade on the current 10Mb standard, although still a long way short of the gigabit speeds being promised elsewhere.

"Partner with service providers to offer free base level domestic broadband in deprived regions and free Wi-Fi on all public transport."

The Brexit Party's stated aim in this election is to target Leave-voting seats in Labour strongholds. With this in mind, their one-sentence internet policy appears purely designed to give campaigners on the doorstep a way to counter support for Labour's own (and more ambitious) free broadband plan. That's about all we can say about it, since there's no detail to go on - "base level" isn't defined, and we don't know exactly who will get it, when, or how much the whole plan will cost.

Nobody is going to vote for the Greens based on their broadband policy, and they know it. They've kept it short: like most other parties they've acknowledged the pressing need to upgrade the infrastructure in rural areas, and that's about it.

Confused about some of the issues discussed in these manifestos? Read more about the challenges of rural broadband, the different types of fibre broadband, and how 5G may soon be our fastest way to access the internet.