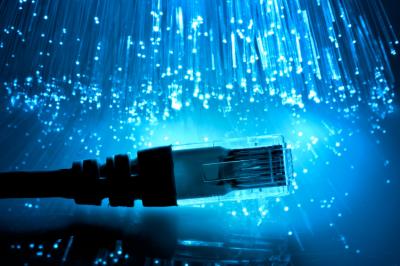 Among the very many pronouncements made by Boris Johnson over the last few months was the strikingly ambitious plan to make full fibre broadband available to the whole of the UK within the next six years. It received a cautious welcome from the industry, along with warnings that there are some big challenges that will need to be overcome first.

The pledge replaces the Government's existing aspiration to deliver full fibre to 'a majority' of homes by 2025 - with the rest to be completed by 2033. However, it is still a pledge, rather than a detailed policy announcement, and there are questions as to whether it's really achievable.

What's in the pledge?

The goal in itself is laudable. When it comes to ultrafast internet we lag behind most other European countries, from Spain and Sweden to Latvia and Lithuania. The PM's 'full fibre' pledge refers to what's known as 'fibre to the premises' (FTTP) broadband. This is a much faster type of broadband supplied by fibre cables connected directly to every building. Currently, most of us get 'fibre to the cabinet' (FTTC), where the fibre cables only extend to the nearest street cabinet and the last part of the connection is made over old, slow copper wires.

The difference between the two technologies is huge. While most current fibre deals offer speeds up to around 68Mb, FTTP makes 1Gb speeds a reality. That's a good 15 times faster.

But the sheer scale of the project cannot be understated. The network needs to cover the best part of 30 million premises. That's a lot of streets to dig up, a lot of planning permissions to be attained, and a lot of skilled workers to be found to do it all. It also needs a lot of cash - estimated to be around £30 billion - paid mostly by private companies but also including an as yet unspecified chunk of public money.

While FTTC is available to over 95% of UK buildings, full fibre covers just 8% right now. Researchers have calculated that to achieve full coverage by the end of the 2025 financial year FTTP would need to become available to over 11 thousand more homes every day. That's a big upgrade on the current total thought to be around three or four thousand. Hence the industry's scepticism.

In response to Boris Johnson's plans, three industry groups signed an open letter outlining the issues that would need to be resolved in order to make it possible. The Internet Service Providers Association, the Federation of Communications Services, and the Independent Networks Co-operative Association called for four main changes:

They were also keen to emphasise just how big the job would be, but insisted they were "ready and waiting to take on this considerable engineering challenge".

Upgrading the UK's broadband network is a plan we can all get behind. But does the upgrade need to be so fully focussed on fibre?

The network is already being upgraded with the G.fast service in many areas. G.fast supercharges the normal fibre to the cabinet infrastructure simply through the installation of nodes in existing street cabinets. No extra cables, and no digging up streets are needed. It still uses copper wires, and isn't as good as FTTP, but it's quicker and cheaper to roll out. It can also achieve decent speeds of up to 300Mb, with much higher speeds possible in future generations of the technology.

And then there's 5G, which launched this summer and is already available in 15 cities, expanding to over 35 by the end of the year. 5G will be able to deliver those all-important gigabit speeds, and with a much bigger capacity the download limits that plagued 4G will be consigned to the past. Those two factors will make 5G a much more viable option for home broadband.

The 5G rollout will take some time, but by 2025 it's likely that many of us will have already switched. It'll be especially valuable in rural parts where installing fibre cables will be take a lot longer and be more expensive. Perhaps using a combination of complementary technologies would be a more achievable way of upgrading British broadband, rather than going all in on just one.

If you don't want to wait to experience the benefits, you can already get 5G home broadband through a few suppliers in limited areas. You can get unlimited data for £50 a month from Vodafone, and it's even available on a 30-day deal if you don't want to commit long term. EE have their own 5G Hub that costs £50 a month with 50GB of data, but is on a 24 month contract. If you live in London, then you may be able to take advantage of 5G from Three now. O2 will follow suit in the coming months, along with more locations for all providers.