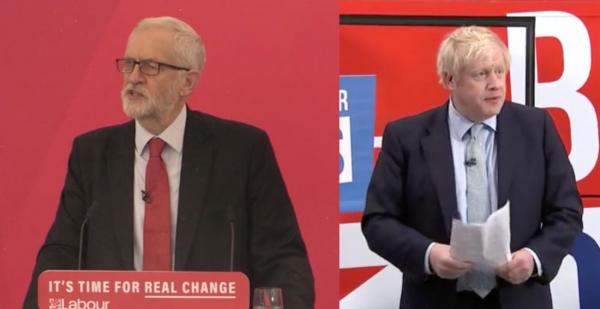 Social media has been buzzing with reaction to Labour’s latest election pledge - free, fast, full fibre broadband for everyone. But what have they actually promised and what would it mean for your broadband?

Well the first part of their proposed plan is to renationalise Openreach and the parts of BT that sell broadband products in order to form a British Broadband service. This follows Labour’s existing pledges to renationalise the railways, Royal Mail and water companies.

The second part is to give everyone in the country the fastest full-fibre broadband for free - a pretty bold and eye-catching election pledge!

Corbyn called it a “fresh, transformational polic[y] that will change your life” while Johnson has declared it a “crazed communist scheme”, but what does it all mean and could it possibly work?

Could they actually pull this off if elected?

It’s hard to say exactly at this point because this is only an election pledge and the full manifesto has yet to be published, but we do have the full text of Labour Leader Jeremy Corbyn’s speech announcing Labour’s broadband plans as well as interviews given by shadow chancellor John McDonnell.

The main thing we do know is that fully free fibre broadband is only promised by the year 2030, which is so far in the future that the technological landscape is likely to be extremely different.

By then 5G mobile broadband or an even faster future technology is likely to be widespread. It’s also likely that well before then many households will be connecting their homes to the internet using 5G mobile routers. Many of these already look and work like smart speakers mimicking those of the big brands. Whichever one of Amazon, Apple, Google or some other tech giant tha first offers 5G connectivity as default may completely change how broadband works, it may even be bundled free with smart devices or home hubs - rather than getting broadband free from the government it may be free from whichever multinational corporation you choose to buy devices from.

What we find far more interesting and far more relevant to the near future than the promise of free broadband a decade from now is the proposal to nationalise Openreach.

Openreach is one of the BT Group companies that’s been separated from BT’s commercial arm. Openreach operate the telephone exchanges and install and maintain telephone lines, fibre-optic cables and street cabinets. It’s also Openreach engineers who would come to your home to install broadband equipment if needed.

Most UK broadband uses Openreach telephone exchanges, cables and engineers because it’s all delivered over your telephone lines. Only broadband that’s provided by cable companies and smaller full fibre suppliers like Virgin Media, Hyperoptic and Gigaclear avoids using Openreach’s broadband delivery system and engineers, as do 4G and 5G mobile broadband services and those based in Hull where BT never operated.

This doesn’t mean that every broadband service delivered through Openreach’s infrastructure is the same. While many broadband services are re-selling the same Openreach products, others use a system called Local Loop Unbundling (LLU) to allow them to install their own equipment in Openreach exchanges, which has historically allowed faster speeds and cheaper prices than other broadband providers.

However, this only ever made a significant difference to speeds in the era of phoneline-only (ADSL) broadband, so it hasn’t really been the case since part-fibre (FTTC) products offering speeds around 36Mbps or 67Mbps became the most common products sold. Openreach controls the fibre street cabinets, so competition for part-fibre products has only been on price and bundled extras, everyone using Openreach infrastructure is essentially selling the same broadband.

What will this mean for broadband?

Well for one thing, a national full fibre network will be important back end infrastructure underlying 5G mobile broadband and whatever comes after that. Fibre-optic is a ‘future-proofed’ technology that gets faster over time, only limited by the tech that deciphers the messages delivered down the fibres at the speed of light. In fact, we would have had superfast broadband in the 1990s and ultrafast broadband in the 2000s if not for the privatisation of BT putting a halt to the rollout of a national fibre-optic network in the 1980s.

The other main benefit of a nationalised equivalent of Openreach is that plans to install fibre-optic infrastructure can prioritise rural and remote areas that are the most in need of better broadband technology. And this appears to be exactly what Labour intends to do.

When a commercial company rolls out a new communications technology, it tends to go to the most heavily populated areas. Not only that, it’s usually those where people have the most money, or at least are most likely to buy new technologies such as areas with lots of students or young professionals.

In practice this means that new technologies often come to areas that already have the fastest broadband available and often have a choice of fast broadband options from other companies like Virgin Media or even full-fibre from suppliers like Hyperoptic. This was the case with part-fibre broadband and 4G, and it’s already the case with next generation G.fast and 5G rollouts.

This is because commercial companies need to guarantee that they’ll make enough money to not only pay for the costs of installing and running the service, but also that they’ll make a lot of profit on top of these costs in order to pay their shareholders and executives.

With a nationalised service rolling new technology out, only the costs need to be covered, and profit is rolled back into making services better. Effectively, the taxpayers are the shareholders and the government are the executives.

Should the government stay out of broadband?

The major political parties all recognise that rollout of broadband to the most under-served areas of the country is a problem. The disagreement is over how best to address the problem.

This Conservative government and past governments have already recognised that commercial neglect of rural and remote broadband provision is a problem.

£780 million of taxpayer money was spent on the rollout of faster part-fibre broadband to less commercially-viable, mostly rural areas under the Broadband Development UK (BDUK) scheme.

This used a convoluted process where companies were meant to bid in local authority areas and the companies with the best bids in each area would be granted the contract by the local authority to install new broadband infrastructure in that area. Due to Openreach effectively having the monopoly on the type of infrastructure work involved, in all but a handful of areas all this money went to the BT Group and Openreach ended up doing the work. As a result this was criticised as inefficient and a waste of time and resources.

Broadband has also been designated an essential service and so the Universal Service Obligation, that was previously applied to voice telephone services in 2003, is being applied to broadband services from 2020. This will mean that everyone in the UK must be able to achieve at least 2Mbps broadband (or an alternative type of internet connection).

The Conservative party also recognises that none of this is enough and have pledged £5 billion to bring gigabit (1,000Mbps) broadband connections to the hardest-to-reach 20% of the population by 2025. They’ve also promised a Digital Infrastructure Investment Fund that they claim will unlock an expected £1 billion of further public and private investment in full fibre broadband.

We’ve examined whether the government’s proposals were viable back when it was a leadership campaign pledge.

How are Labour proposing to pay for this?

Again, we don’t know all the details yet, because the full manifesto is yet to be published, but we do know that a large part will involve taxing the big multinational tech companies like Google and Facebook, which are notable for avoiding paying UK tax at present.

However, the government has criticised Labour’s spending estimates and pointed out that the task of buying back privatised services and setting a new British Broadband service is likely to be extremely disruptive and add significant delays to the rollout of gigabit fibre broadband, and also discourage private investment in broadband technologies. In fact the sale of TalkTalk has already been disrupted by these plans and BT’s stock prices have plummeted.

The government Department for Digital, Culture, Media and Sport (DCMS) has already commissioned a detailed report into how gigabit broadband could possibly be rolled out to the last 20% in such a short timeframe, and this report does support the government’s criticism that switching to a monopoly provider would cause the most disruption and delays in the initial stages. However, in the longer term the government’s report may support Labour’s proposition that a nationalised service is the only way to guarantee a fair rollout of 100% fibre coverage.

The report looked at 3 different scenarios, one of which was a national monopoly, albeit one run by a commercial company such as Openreach, not a government owned nationalised provider.

In the 15 year projection, the only option that offered the closest to 100% coverage for full fibre broadband with the same prices charged to customers nationwide was the monopoly provider solution.

The projection for the current situation was likely to have 60% coverage in 15 years time, the ‘enhanced competition’ scenario would cover 80% in 15 years time leaving another 20% for competitors to cover (which would likely hit the same problems with needing to prioritise profitability) and the ‘franchising’ scenario also potentially covered 100% but was likely to charge customers more in low competition areas than in urban areas (something that has happened before with Ofcom’s market classification system where if you have no choice for a cheaper provider, the provider is allowed to charge you more for the same service).

The report also found a number of downsides to their national monopoly scenario - mainly that there would be no incentive to innovate and install new technologies when there are no competitors pushing technology forward. This was demonstrated with how mobile network technologies rolled out slower in monopoly countries than in those with multiple mobile networks, and how the pattern repeated with every generation of mobile broadband speed.

However, this is arguably not a problem in a nationalised scenario where the government sets the ambitious innovation targets. Particularly when ambitious full-fibre broadband proposals are so frequently central to political campaigning.

What does the future hold?

So will we have the very fastest broadband free for everyone by 2030? Would a Labour government be able to balance the books? Who knows! It’s too far in the future to judge what broadband will look like in a decade, we could all be getting it free from Facebook, Apple or Google by then, rather than free from the government.

If a Labour government stayed in power until 2030 and managed to deliver on the promise of the very fastest broadband free for everyone, that would be hugely disruptive and reaction from broadband service providers has been strongly negative.

But in the shorter term, the government’s own report seems to suggest that a nationalised version of Openreach might be the only chance we have to deliver cheap full-fibre broadband for the parts of the UK that currently need it the most.