Cuckoo have one, simple package with a monthly rolling contract 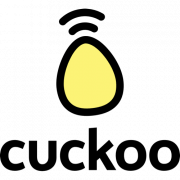 Sometimes the best way to get a feel for a broadband provider is to read what those who are already customers think of the service they're receiving. Below are all the reviews we've received for Cuckoo.

There are not yet any customer reviews.

Add your own review of Cuckoo

There have not yet been enough ratings to allow fair comparison with other providers.

The Pros and Cons of a Short Broadband Deal

When you're shopping for a new broadband deal one of the main things you will need to decide is what length of contract you want to sign up for. In most cases this means a choice between a 12 month, 18 month or a maximum two year deal. But there is another option: the short-term plan.

Some broadband suppliers offer 30-day deals that come without a contract. They work more like a subscription service - it automatically renews each month, then when you no longer need it you just cancel and move on.

Not every provider offers these kinds of deals. In fact, most don't. But they aren't just limited to niche suppliers and you can find them at a whole range of speeds.

They aren't right for everyone, so let's take a look at the advantages and disadvantages of short-term and no-contract broadband.

The main benefit to no-contract broadband is that it gives you the ultimate flexibility - no strings, no long-term commitment.

This makes it ideal for anyone who is not in a position to sign up for a long contract, such as those living in a short-term let or student housing. Students, for instance, will only be living in their digs for nine or ten months, so even a 12 month deal might not be ideal, let alone anything longer.

The same applies if you're planning to move house. While it's easy enough to take your broadband with you when you move, you do still have to move somewhere where your broadband provider is both available and delivers good performance. If either of those things aren't true, too bad. So if you're moving soon and your current broadband is coming to an end, you might be better off taking a 30-day deal for now, and then buying a new plan from scratch when you settle in to your new home.

Because there's no contract with a short-term broadband deal, there are no penalties when you decide to cancel and switch providers. You can do it any time you like.

No-contract deals also make it easier to upgrade if your needs change, or if better services become available in your area. While providers will be happy to let you upgrade to a faster plan before your contract is up - if you sign a new deal - you can't switch to a different provider without paying a penalty.

If you're waiting for faster technologies to be rolled out where you live, a short-term deal could be just the thing in the meantime. And to make sure you're fully up to date with what broadband services are available in your area, sign up to our free Broadband Autopilot service. It constantly scans for the best and fastest deals you can get, so you'll never miss out.

One final thing to note about short-term broadband is that even though the contracts are different, the performance isn't. Whether you're choosing a basic fibre-to-the-cabinet deal or a cutting edge full fibre service, the speed and everything else will be exactly the same as it would be if you'd signed up for two years.

There are some downsides to choosing broadband without a contract, the main one being that you will have to pay a little more than you would for a comparable long-term deal. Typically, you can expect to pay around £5 to £10 a month extra compared to the lowest price alternatives. And while this can add up over time, remember that most short-term deals aren't really intended for long-term use anyway.

You'll also have to pay a higher setup fee, sometimes as much as £60. This covers the activation fee and the router that you'll be sent to get online.

The best thing you can do before you sign up is to ignore the monthly price and calculate the total price you'll pay instead. So, if you want the service for nine months, work out how much that will cost, factoring in the monthly payments and the setup fees. Then compare it to the total price you'd pay on a 12-month contract. This can easily cancel out a lot of the price difference.

Other downsides to short-term broadband? You get less choice, inevitably, although there are some big name providers and even gigabit options that you can choose from. And you also miss out on any introductory offers like free gifts, bill credit, shopping vouchers and so on.

There are a number of providers that offer broadband on one month deals. They include NOW Broadband and Virgin Media, while Cuckoo is a new provider that only offers a single, contract-free plan. Some full fibre providers like Hyperoptic also let you sign up to a rolling 30-day service, if it's available where you are.

If you think no-contract broadband might be right for you, or you want to see what else is available, use our postcode checker to find the best broadband deals you can get right now where you live.

Cuckoo Broadband Buyers Guide - Is Cuckoo right for you?

Can I get Cuckoo broadband?

Cuckoo offer fibre-to-the-cabinet broadband on the Openreach network. This means it is available to the vast majority of UK homes.

Cuckoo are a new company and only took on their first customers in May 2020. Their big focus is on out-of-contract broadband users, whose existing internet deals have long since expired but who haven't got round to finding anything new. This leaves them susceptible to the so-called "loyalty tax", where the price goes up because it's no longer constrained by the terms of their contract.

Cuckoo offer one plan, on a one month contract. There's no chance of a loyalty tax here, since you're technically never out of contract - it renews automatically every month until you choose to cancel.

The supplier also has a community-spirited mindset. They donate 1% of your monthly payment to your choice of one of the charitable initiatives they support. They've signed up to the Armed Forces Covenant, which agrees to treat members of the forces and their families fairly, and they're campaigning to cut the broadband tax and have internet access treated as a utility like water and electricity.

Use our postcode checker to see if Cuckoo is available where you live.

Simplicity is the key for Cuckoo. They have just one plan, and one offer.

Here are the details of the deal:

When you join Cuckoo they aim to get you connected in seven to 14 days. You can also sign up before your current contract ends. Choose your own switch date and they'll take care of it all when the time comes. If you're moving from another Openreach provider you won't even have to tell them you're leaving. It's a handy option if you struggle to keep track of your contracts.

You need a BT phone line for Cuckoo. You can keep your existing landline number, but they don't offer call plans. Instead, you pay for every call you make, which can work out more expensive if you make a lot of calls, or cheaper if you don't. If you don't use your landline for calls at all, just don't plug in a phone.

Having only one plan makes buying Cuckoo broadband easy. Your main things to consider are price and contract length.

The price is somewhat mid-range, neither the cheapest or most expensive. Just remember to factor in the setup fee when you join, especially if you're only planning to stay with them for a short while.

Cuckoo broadband is best for people who don't want a long term commitment. It's ideal for students, people in short term lets, for those who are planning to move house, or just anyone else who doesn't like long contracts. The short contract also means you avoid those price increases after your initial agreement ends - just set it and forget it.

Of course, while the Cuckoo offering is simple, you still have to decide between Cuckoo and every other Openreach provider. They all use the same underlying network so all deliver roughly the same speeds and performance, and have the same coverage.

The lack of extras is something to consider. Cuckoo might not work for you if you still use your landline a lot, or want a TV bundle. It might also not work for a small household with low usage requirements. You might be able to find a cheaper and slower package from another provider.

Cuckoo are a no-frills provider, so you don't get any extras when you sign up. Here's what you can expect.

What are the benefits of Cuckoo?

Here are the best reasons for choosing Cuckoo as your next broadband supplier.

What are the drawbacks of Cuckoo?

What are some of the possible downsides you need to look out for?