For the third successive quarter, Vodafone have been named as the 'big eight' broadband provider that generates the most complaints.

The unwanted title comes from Ofcom's latest complaints report for the last quarter of 2019. They show what while the industry average improved from 14 to 12 complaints per hundred thousand customers, Vodafone's number rose slightly to 27. That's around a quarter more than the next worst 'big eight' performers, Plusnet and TalkTalk.

Once again, the standout suppliers were EE and Sky with just five customers having cause to moan. They, along with BT, were the only companies to achieve below average grievance levels. Virgin Media made the biggest improvement, with their level of disgruntled users dropping from 20 in the previous quarter, to 14.

The data covers the UK's eight largest broadband suppliers, which all have at least 1.5% market share. Here's how they rank:

The report covers October to December 2019. Its publication was delayed due to the coronavirus outbreak, and it also means that the data doesn't take into account the massive surge in broadband use during the lockdown. We'll have to wait and see what impact that had on customer satisfaction.

Speaking of which, Ofcom have also released their latest annual Customer Satisfaction survey. The report, for the whole of 2019, shows that an overall 85% of users are happy with the broadband service they get.

Of the 'big eight', Plusnet came out on top with an impressive 93% satisfaction rate. This is in spite of them performing pretty badly in a couple of areas. Over the year they had the second highest number of complaints, at 100 per hundred thousand customers. They also had the second longest call waiting time. Anyone phoning Plusnet for support would have to wait an average three minutes 48 for the call to be answered. By comparison, TalkTalk would answer in just 39 seconds.

This was a rare win for TalkTalk, who came out bottom of the satisfaction chart at just 78%. Only 44% of their users were happy with how complaints were handled, too.

The Customer Satisfaction report ranks the leading broadband providers across a range of categories. Here are the winners and losers:

And, of course, when your contract is up, you don't need to stick around if your provider is not up to scratch. Check out the best broadband deals available today to see what your options are. 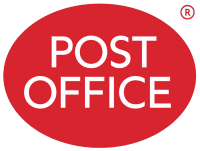 The Post Office are offering 6 months free Home Phone Anytime calls with both their Standard and Extra broadband packages for all new customers.