Plusnet are offering 12 months half price on Value Broadband packages when you sign up for one of their phone deals. Prices are from £3.24 a month:

Line rental of £11.99 is required for both packages. Evening and Weekends call plan included as standard, Anytime call plan costs £3.50 per month.

Tesco Broadband are offering 4 months free with no setup fees on their Broadband and phone packages when using the promo code 4MFCC-F on ordering. Tesco Clubcard customers can also earn 1,000 Clubcard points! 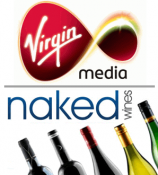 Following on from our Student Broadband Buying Guide, we'd like to highlight Virgin Media's 9 month student contracts, which come in a range of configurations including stand alone broadband and competitive phone and TV bundles.

To make this offer even sweeter, we've teamed up with Naked Wines to offer an exclusive wine voucher worth up to £100 when you sign up for a Virgin Media student package over the phone. Just call [OFFER EXPIRED] to sign up now!

EXPIRED: New Half Price Offers from TalkTalk on Essentials and Plus Packages

Update: The 12 month offer expired on the 28th of September, now replaced with six months half price and free connection on both packages.

Update: As of the 8th of September, both Essentials and Plus now offer 12 months half price on a 12 month contract! Both packages also come with free activation during this promotion.

TalkTalk's new half price deals on their Essentials and Plus packages went live today.

Sky's Broadband Unlimited with Talk Freetime package is now half price for 6 months for existing Sky TV customers. This is an online-only deal that only applies when clicking through to order via Broadband.co.uk.

New customers not wishing to take out a Sky TV subscription can take advantage of the half price standalone broadband and calls package.

New Virgin Media customers can take advantage of £30 off broadband and phone bundles and £60 off broadband, phone and television bundles.

This offer can be used in conjunction with Virgin's current half price broadband and phone package deals.