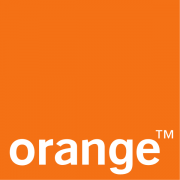 Orange have removed their fair use policy on all of their unlimited broadband plans, making them completely unlimited. Orange now state that they'll never charge their customers more for data, no matter how much they use.

It should be noted that while usage will never cause customers to be charged more for their data, Orange have not removed their traffic management policy which may mean that certain types of traffic will be given a lower priority at peak times.

Virgin Media are offering 6 months half-price broadband with free installation when you take out a Virgin phone package.

18 month contract and line rental at £13.90 required. Package price rises to £16 after the first four months.

Plusnet are offering four months of Value broadband free when you sign up for one of their phone packages:

Line rental of £11.99 is required for both packages. Evening and Weekends call plan included as standard, Anytime call plan costs £3.50 per month.

Welcome to the Broadband.co.uk Blog!

Welcome to the first post on the Broadband.co.uk blog!

We aim to use this blog to provide visitors to the site with broadband-related news stories, special offers and deals from UK Broadband Providers, monthly summaries of the tens of thousands of tests recorded from our Broadband Speed Test and useful features to help you to get the best from your broadband.

We're looking forward to you visiting regularly to check for new content, but while you're waiting why not read our broadband guides and help articles, and don't forget to follow us on Twitter and Facebook for updates on news and latest deals from UK ISPs!