EXPIRED: TalkTalk offer £25 Tesco vouchers on Essentials and Plus packages

TalkTalk are offering £25 Tesco vouchers in addition to their current half price deals on their Essentials and Plus packages.

Sky TV customers looking for a good value broadband deal can take advantage of 12 months half price on Sky Broadband Unlimited when taken as an upgrade to their existing Sky TV package. This special offer also comes with Sky's Talk Unlimited call plan and free and unlimited WiFi Hotspots from The Cloud. So that's truly unlimited broadband, free WiFi hotspot access and anytime landline calls to the UK and 20 overseas destinations for only £6.25 a month for the first 12 months, £12.50 a month thereafter.

Sky Broadband Unlimited is also available without a Sky TV subscription for £10 per month or as part of a bundle for those signing up as a new customer to both Sky TV and broadband.

Line rental from Sky required at £12.25 a month. Inclusive calls charged after the first hour.

Plusnet are offering twelve months half price plus £25 cashback on both Value and Extra broadband when taken with a phone package.

EXPIRED: Virgin Media offers account credit to your first bill on all packages

Offer is stackable with other current Virgin Media offers - save as much as £244.95 over the first year with the Premiere Collection package. Account credit will be applied to your first bill.

April 2012 saw average download speeds recorded by users of our Broadband Speed Test continuing to increase in comparison to the levels achieved in March, coming in at a staggering 14.13Mb. Average upload speed increased to 1.9Mb.

Increased speeds are likely in large part due to the start of Virgin Media's roll out of double or better speeds for cable customers, which will continue throughout 2012 affecting all but their 100Mb service. BT Broadband's Infinity 2 will also be having an effect on speeds. Virgin Media hold steady at first place, and average download and upload speeds have increased significantly by 5.16Mb to 24.79Mb with upload speeds seeing a small increase to 2.6Mb.

Plusnet came in at 4th place at 6.96Mb, a slight drop from last month. The best performing non-fibre-based provider was again BE and O2 (who share a common infrastructure) in at 5th place with 6.09Mb average download speed over their Local Loop Unbundled ADSL2+ service.

Primus have released a new Spring Special offer that makes the UK's lowest priced broadband and phone provider even cheaper!

Offering 20GB of broadband usage with inclusive evening and weekend calls for only £1.20 per month, the Spring Special represents unbeatable value! Unlike other low price special offers, £1.20 isn't an introductionary price, you'll pay this for the entire 12 month contract and beyond!

Virgin Media have revamped their TV, broadband and phone bundles, creating a new range of Collections. Each Collection offers super fast broadband of 30Mb or higher, Virgin Media's cutting edge TiVo service and a wide range of TV channels and on demand conent. The higher end Collections offer a great deal of additional channels and perks including an extra V HD box to view TV in a second room of your home. Each Collection has a range of additional options and upgrades available to suit a variety of customer needs:

Virgin Media TV, Broadband and Phone is also available without the bells and whistles with the new Starter Bundle:

The revamp corresponds with Virgin Media officially increasing their minimum download speed to 30Mb and their mid range packages to 60Mb. Customers interested in the 100Mb packages can take advantage of a price drop down to the level of Virgin Media's previous 50Mb range. That's twice the speed for the same price. Available stand alone or with a Virgin Media phoneline:

Line rental £13.90 a month. Roll out of faster speeds is in progress and will continue throughout 2012.

March 2012 saw average download speeds recorded by users of our Broadband Speed Test increasing in comparison to the levels achieved in February's result, coming in at 10.73Mb. Average upload speed increased to 1.48Mb.

The best performing non-fibre-based provider was again BE and O2 (who share a common infrastructure) in at 5th place with 6.08Mb average download speed over their Local Loop Unbundled ADSL2+ service. Plusnet came in at 4th place at 7.27Mb, a significant gain on previous months, but this is likely due sign ups for their competitively priced FttC Plusnet Fibre product. 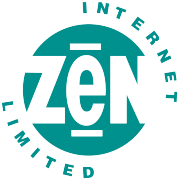