What's the difference between fibre and full fibre broadband? 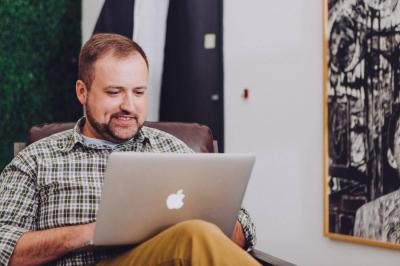 Have you considered switching to full fibre broadband? If not, what's stopping you?

When Ofcom carried out some research into these questions earlier in the year, one thing came through loud and clear: people find the whole thing very confusing.

After all, do you really need full fibre if you've already got fibre? Aren't they the same thing? And if not, how are they different?

Let's clear up what you need to know.

On the most basic level, fibre broadband simply refers to a specific type of technology in which the broadband signal travels over fibre optic cables, as opposed to copper wires, coaxial cables, cellular networks, or anything else. In that context, full fibre is indeed a form of fibre broadband.

But in practice, the terms are more commonly used to describe different speeds of internet service.

Fibre broadband is often used as a generic name for the type of broadband that most of us still have - one more accurately known as fibre-to-the-cabinet broadband. Here, the fibre cables only go as far as your nearest street cabinet. The final part of the connection from the cabinet to your home uses the copper wires from the old telephone network.

These are slow and inefficient, and the further your house is from that street cabinet the more copper is used in your connection, and the slower it gets. That's the reason why a house at one end of the street can have very different broadband speeds to a house at the other end.

This type of fibre broadband, then, could be more accurately called "part fibre". And that helps to give you an idea of what we mean by full fibre.

Full fibre is also known as fibre-to-the-home or fibre-to-the-premises because it doesn't include that last stretch over the copper wires. Fibre cables are so much more efficient, so your broadband speeds can be typically 10 to 15 times faster than you'll get from the other type of service.

As full fibre becomes commonplace over the next five years, we'll likely end up referring to it simply as fibre, as the older technology disappears.

What about gigabit-capable broadband?

There's one most potential point of confusion that's worth clearing up.

During the last election, the government announced its intention to rapidly upgrade the country's broadband infrastructure to full fibre. When the industry made it clear that this might not be possible, they pivoted to talking about "gigabit-capable" broadband instead.

This is another technology-neutral term that refers to broadband services that can deliver download speeds of 1Gb. It includes full fibre, along with things like Virgin Media's part-cable/part-fibre network, and 5G. Does the difference matter? Probably not, and most areas will eventually be able to access more than one type of service anyway.

Are you thinking of upgrading to full fibre? Use our postcode checker to discover all the best broadband deals available in your area.