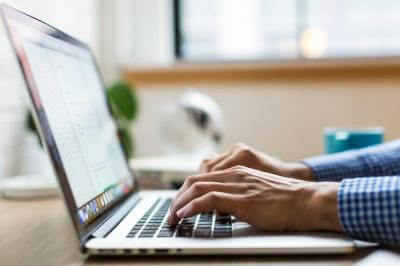 There are so many well established ideas about broadband and switching broadband providers that get repeated again and again.

The trouble is, many of them are wrong - and they're costing you money.

Switching suppliers can easily save you a hundred pounds or more every year, and if you're stuck on a slow internet package when you need something much faster, it doesn't have to cost you a fortune to upgrade.

So here are some of the biggest myths about broadband, and the truth that you need to know.

"Fibre is fibre - all fibre broadband is the same"

While fibre broadband is used as a catch-all term, it encompasses very different things.

Most of us are using something called fibre-to-the-cabinet broadband. This is where the ultrafast fibre cables carry your broadband signal as far as your nearest street cabinet - that green box down the end of your road. The connection from the cabinet to you house is over the old copper telephone cables. These are a lot slower, and the signal degrades the further it has to travel, which is why a house on one of the street can get very different performance levels to one at the other end.

There's now a big push to roll out "full fibre" broadband, which is also known as fibre-to-the-home. Here, the fibre cables run right up to your house. The result is that the speeds are much, much faster and the service is more reliable.

"There's no benefit to upgrading to ultrafast broadband"

A recent survey found that one of the main things that stopped people from upgrading to ultrafast or full fibre broadband was the belief that it didn't really offer any benefits. But there are many.

The main one, obviously, is that you get much faster download speeds. Our internet use is skyrocketing - Ofcom's recent Communications Market Report shows that the average household now burns through 429GB of data each month, an increase of 36% on the previous year. Even if you think you don't need faster speeds right now, you will do soon.

On top of that, you get vastly quicker upload speeds, which will be essential if the working from home revolution continues. The service should be more reliable, too, as you won't have to deal with line faults on the old telephone cables.

And it's also better value for money: currently, you pay the same price for your broadband as your neighbour down the street, yet you could be receiving a much slower service. That's far less of an issue with full fibre.

"It's too much hassle to switch providers"

By now it's well established that those of us who are willing to switch providers will get a better and cheaper deal than those who stick with the same provider for a long time.

Why don't more people switch? Because it's seen as too much hassle. But it really isn't.

If you move between two providers on the Openreach network - which includes almost all the main providers, including BT, TalkTalk, Sky, Vodafone, Plusnet and so on - then the one you are moving to will handle the entire switchover process for you. You won't have to do anything, and the whole process should be done within a couple of weeks.

Granted, it is a little more complicated to switch to or from a provider that uses a different infrastructure, like Virgin Media, as you may need an engineer to come and install it. But these companies are now set up to make even this part as easy as possible.

Another reason people are reluctant to switch is that they assume they'll be left without internet access while it happens. This is another myth.

Something that puts off a lot of people when they're looking at broadband deals is the prospect of having to commit to a long contract.

In fact, you don't have to. NOW Broadband, Virgin Media, and newcomer Cuckoo are among the providers that offer no-contract deals. You have to pay a little more on the activation fee up front, but this might be worth it for the flexibility of being able to cancel at any time. These deals can be especially worth it for students or anyone who's planning to move house in the near future.

Most suppliers offer 12 month contract options as well. And keep in mind that if your reluctance to sign a long deal is through the worry that you'll be stuck with something you aren't happy with, then there are ways you can quit a contract without charge. If your broadband speed constantly underperforms, for example, and your supplier cannot fix it, or if they put your prices up by more than the amount in agreed in your contract.

"It's too complicated to find a better deal"

There are a lot broadband suppliers in the UK, and they offer a lot of deals between them. Trying to figure out the differences can be tricky, especially if you aren't that tech savvy.

But it needn't be that complicated. We make it easy for you to compare all the latest broadband deals, and you can filter them based on whatever you want most. So, you can see the cheapest deals, or the fastest deals, or just the fibre packages, or those that offer broadband without a contract.

And if you then sort them further by speed or first year cost, you'll very quickly narrow your list of options down to just a few packages.

While it's natural to assume that upgrading to faster broadband will cost you more, it isn't necessarily so.

If you're in a coverage area, you can get full fibre from Hyperoptic (at the slower 30Mb speed) at a rate normally reserved for the old, standard broadband deals; you can upgrade to a faster 67Mb plan from OneStream for just £22.50 a month; or you can burst through the 100Mb barrier with Vodafone for just £26 a month. These are some pretty keen prices, that make faster broadband more accessible than you might have expected.

So, now you know the truth about broadband and how to upgrade, are you ready to start shopping? Use our postcode checker to discover the best broadband deals available where you live.