Six out of 10 people still know little about gigabit broadband 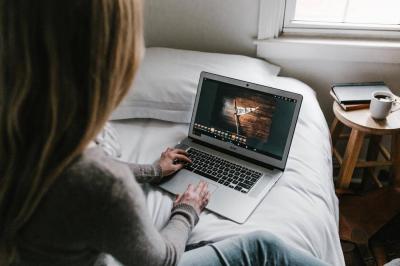 While many of use are waiting patiently for the chance to install gigabit-capable broadband in our homes, for millions of others the picture is rather different.

As many as six out of ten people have little or no awareness of gigabit broadband, and of those that have, many don't know why it would benefit them.

Those are among the striking findings in a new study by GigaTAG, a body made up of Which?, the CBI and the Federation of Small Business, brought together by the government to come up with ideas to increase the take-up of faster internet.

They discovered numerous reasons preventing consumers and businesses alike from adopting gigabit broadband, and have produced a series of proposals to tackle each one.

Their research found that:

The often complex and technical nature of the topic also served as an obstacle, especially for some vulnerable groups.

And there were also concerns about signing up to new, long-term contracts, and a reluctance to switch - with the process being seen as too much hassle. In fact, it's already a lot easier to switch providers than many people realise, if you're moving between providers that use the same network (such as Openreach, which provides the majority of broadband services in the UK). From December 2022, the process will become easier still, and enable fast and seamless switching to different networks including Virgin Media and the many full fibre providers.

How to increase adoption of gigabit-capable broadband

The government's aim is for at least 85% of the UK to have access to gigabit-capable broadband by 2025. Currently, around 37% of the UK can get it, which includes 21% who can receive full fibre. The rollout is set to accelerate over the next few years.

GigaTAG have come up with a number of recommendations to help improve the situation.

They suggest that common and consistent terminology should be used to describe the various broadband technologies. This could include a "gigabit-ready" mark, or perhaps even a traffic light system that shows how a broadband package's speed rates, like one that is currently used in Italy.

They recommend that a "gigabit toolkit" should be produced for use by local authorities to help explain the benefits of faster broadband, along with skills training for businesses. The government should also run an information campaign nationally when the time is right, they say.

And the affordability issue could be addressed through the possible introduction of an employer-led scheme to make gigabit-capable broadband cheaper, especially in the light of increased working from home. There should also be a targeted voucher scheme for lower income groups, like one that's already in place in countries like Greece and Italy.

In the meantime, if you're thinking of switching providers and want more information, you can give us a call or get us to call you at a more convenient time.

Or if you're keen to see if gigabit-capable broadband is available where you live, use our postcode checker and find the best deals available to you right now.