All change for broadband advertising, average speeds are here 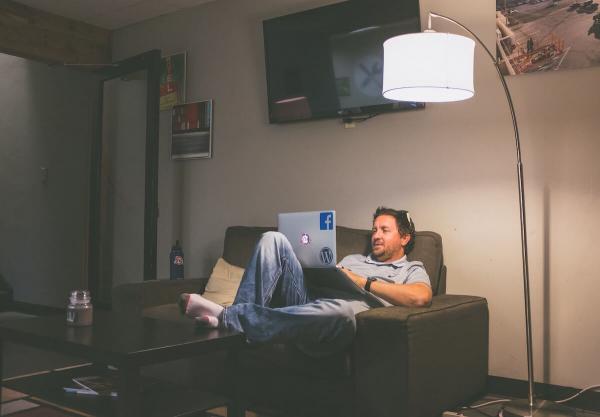 If you haven't compared broadband speeds for a while, you may have been surprised to find that the way they're talked about has changed. Where did all those "up tos" go and has everything got a little slower overnight?

Well it's not broadband speeds that have changed, it's the rules for how they're advertised. Everything's become a little more representative of what the typical customer can expect to receive from their broadband.

New guidance from the Advertising Standards Authority means that broadband providers can only advertise internet speeds that at least half of its customers can get. Described as an "average speed", it will give you a far clearer picture of how you can expect a provider's service to perform.

How has broadband advertising changed?

Here are the key changes:

Previously, the advertised speeds only needed to be available to 10% of users. That led to the industry standardising on figures such as "up to 17Mb" or "up to 38Mb", and was essentially meaningless. It gave you no indication of real world performance and no way to compare providers. Those who understood how the industry worked came to assume they'd get slower than the advertised speeds; those who didn't would often end up disappointed with what they'd bought. Either way, it was misleading. The new rules fix that.

As a result, the speeds now advertised are slower than they were a few months ago. Remember, it's only the advertising that has changed - the speeds you'll get are the same as you would have got anyway.

One of the big consequences is that it's now easier to compare providers based on speed. You can find the UK's fastest broadband provider using our price comparison tool. Just click here to view all our home broadband deals sorted in order of their average speed.

What else do you need to know?

The new rules remove any doubt from broadband ads. They give you a much clearer picture about what you can expect from a particular provider. But there's still a few other things to consider when you're looking to switch broadband suppliers.

The average speed is calculated from the median speeds recorded during peak hours. This means that half of all a provider's customers will achieve the quoted speed or faster, and half will get something slower. What it doesn't tell you is which side of the line you'll fall. Treat it as guidance, not as a guaranteed level.

Ofcom's guidance requires providers to give you an accurate speed estimate when you sign up. This is what you should judge your real world performance on.

2. Small speed differences may not matter

While it's now easier to compare average speeds of providers, it isn't a given that faster means better. For example, a provider advertising slightly slower average speeds might simply have a higher number of customers in rural areas, where broadband infrastructure is notoriously patchy.

3. Infrastructure is the main factor in broadband speed

The infrastructure a provider uses - rather than the provider itself - is the biggest factor that determines your broadband speeds. So, if you switch between two providers using the same infrastructure - the Openreach network, for example - you'll get broadly the same speeds. If you switch from a provider that uses Openreach to one with its own network, like Virgin, you could see vastly different speeds.

That doesn't mean there aren't many other benefits to switching broadband providers. Improved reliability and better customer service are among the best reasons to switch.

4. Other things can affect your broadband speed

Finally, remember that lots of other things can affect your broadband speeds. If your internet performance is well below what you are expecting, check out our guide on how to speed up slow broadband for tips on improving the situation.

It's important to know what broadband speed you're getting to ensure that it's suitable for your needs. We've got a post outlining what internet speed you need, depending on what you're doing online and how many people there are in your household. You can then use our Broadband Speed Test to find out how fast your internet is, and if you're getting the level of service you're paying for.

And if you decide it's time to switch, compare fibre broadband deals in your area now.