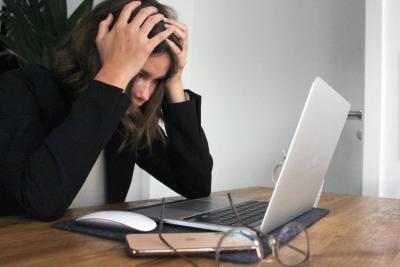 Ofcom's latest figures on broadband complaints are out - and it's bad news for Virgin Media. The company has rocketed to the top of the list as the major broadband supplier that gets the highest rate of complaints.

The report covers January to March this year, and counted the number of complaints made to Ofcom about providers with a market share of 1.5% or more.

It shows that Virgin Media generated 33 complaints per 100,000 customers, an increase of 20 in just a year. That puts them a long way ahead - or should that be behind - the next two worst performers, with Vodafone and TalkTalk both getting 24 complaints. Vodafone had been the worst ranking provider in six of the last seven quarters. Plusnet also generated complaint levels above the industry average.

The biggest reason why customers complained to Ofcom about Virgin Media was failings in the broadband provider's own complaints handling system - amounting to 39% in total. A third complained about faults and issues with the service, and a further 13% about billing problems.

Industry-wide, faults, service and provisioning issues accounted for 42% of reports, followed by complaints handling and billing.

Sky and EE were the least complained-about providers, generating just seven apiece. They've been in the top two positions for the last two years. The only other provider to beat the industry average was BT, with 15.

In good news for the industry overall, the average number of complaints has more than halved over the last decade, from 40 per 100,000 in the first quarter of 2011, to 19 now. The numbers are up from a record low of 10 in Q2 of last year, perhaps in part a consequence of pandemic disruption and the increasing importance of internet access for work, school and entertainment.

In pay TV, Virgin Media generated 17 complaints against an industry average of 6. Sky performed best with just two. For landlines, Virgin had 19 complaints, eight more than the average, and EE and Sky tied as best performers with five each.

Mobile complaints were largely flat, and at much lower levels. Three performed worst with six complaints, while Tesco Mobile, Sky Mobile and EE had just one each.

Service reliability, billing, and complaint handling are important factors you should consider when choosing a new broadband provider. Our site contains thousands of customer ratings and reviews that can give you a true feel for how each provider performs. Currently, Zen top our list for customer satisfaction.

If you aren't happy with the service you're getting from your supplier, and you're coming to the end of your contract, it's easy to switch. Use our postcode checker to find the best broadband deal available in your area today.