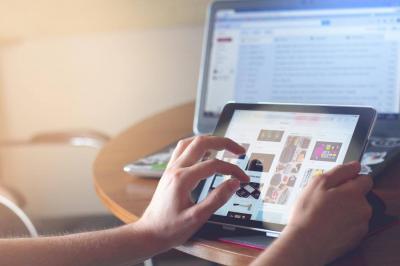 What are your broadband options like where you live?

If you live in places like Hull, Birmingham or Milton Keynes (or at least the right parts of these places), chances are you're pretty happy. But if you're in rural Scotland or Northern Ireland, or in the West Country, your internet coverage might be seriously lacking.

Comprehensive data released by industry watchdog Ofcom breaks down the level of broadband coverage in every area, and reveals massive differences across the UK.

It shows that while some parts have almost blanket full fibre coverage, others have a small but significant number of premises that cannot even get a 2Mb fixed-line connection.

Let's take a look at the numbers to find the best and worst places for broadband in the UK.

The best broadband coverage in the UK

Ofcom's data is split into multiple groups of varying sizes, from local authority right down to postcode level. It shows both the percentage and exact number of premises in each area that can access broadband of certain speeds. The data was collected in May this year.

It's all presented in a series of fairly unwieldy spreadsheets and PDF files, but you can check it all out if you want see how your area fares.

The figures for full fibre are inevitably a lot less impressive. In total there are 17 constituencies where two-thirds of premises can get gigabit broadband. Here's the top 10:

It's no surprise that Hull comes out on top in these figures, since the city has a unique broadband setup. For historical reasons Hull has no BT presence at all - not even landlines - and there's just one broadband provider in the form of KCOM. The company has invested a large amount of money in the region's infrastructure.

The worst broadband coverage in the UK

It's not all good news. The data also highlights the areas where fixed line broadband coverage is woefully lacking. Never mind full fibre broadband, homes in some parts of the country don't have access to even a basic broadband service.

Nationwide, there are around 7500 postcodes where no premises at all can access faster than 2Mb broadband. Most of these are rural areas, and are found in all four countries of the UK. Some of these areas will be targeted under the Government's plan to fund investment in broadband over the next few years. These are the parts that are not financially viable enough for competition to drive the market on its own.

In addition, the Government's universal service obligation guarantees all properties should be able to get 10Mb broadband. If not, they will pay up to £3400 to upgrade the infrastructure and get it connected.

The constituencies with the highest proportion of properties unable to get 2Mb broadband are:

On top this of this, there are many parts of the country that are under-served when it comes to faster broadband. Over a quarter of properties in some regions are unable to access 30Mb internet, while full fibre is essentially in non-existent in others.

Of course, we do need to point out that some of these areas could possibly have access to high speed internet that's not been counted in these results, due to local initiatives from companies such as B4RN or Call Flow or wireless broadband services via a local mast. Many of these places are also able to get faster internet speeds with comparable prices and services to fixed-line broadband over the mobile network with 4G and 5G home routers from the bigger networks, like EE and Three.

Want to see how you measure up? Give our speed test a whirl to find out how fast your current broadband service is, then use our postcode checker to discover the best broadband deals in your area right now.