Get automatic compensation when your broadband goes down

Posted by Andy Betts on 2018‑12‑13 16:07 in NewsEEZenPlusnetTalkTalkSkyBTVirgin Media 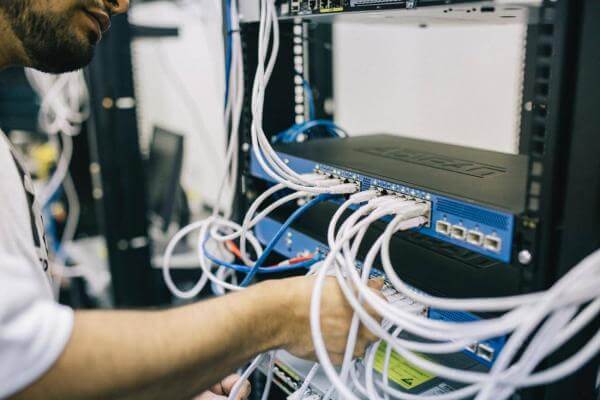 You could be in line for compensation next time your internet goes down, following an agreement involving some of the UK's biggest broadband providers.

A voluntary code introduced by industry regulator Ofcom states that, from early next year, providers will have to reimburse customers if they lose broadband or landline phone service.

So far, BT, Sky, Virgin Media, TalkTalk and Zen Internet have signed up to the agreement. Plusnet and EE have also indicated that they may join.

Under the plan, customers will receive £8 per day in compensation when their broadband goes down and the fault takes longer than two days to fix.

In addition, there will be £25 compensation when an engineer misses a scheduled appointment, or cancels within 24 hours.

Plus, customers will receive £5 per day when new services they sign up for do not start on time.

Homes, and small and medium businesses are eligible.

There are some caveats. You won't get compensation if you're the cause of the problem, like if you damage the wiring in your home or are out when the engineer arrives. Most faults are also likely to be fixed inside two days, so you could still experience disruption without being compensated for it.

Openreach are also involved in the scheme, since most faults occur on their network (apart from Virgin Media, who use their own infrastructure). They have said that they won't compensate the broadband suppliers in the event of force majeure events like flooding, leaving the onus on the suppliers themselves to foot the bill in those instances.

After a consultation in Spring 2017, Ofcom published their judgement in November 2017, giving retail and wholesale providers a 15 month deadline by which automatic compensation had to be in place. This means that the very latest we can expect to see the system working is mid-February 2019.

The agreement is the latest in a line of measures designed to the experience of broadband users, and ensure we're all getting value for money.

You can already exit your deal early and without penalty in the event of mid-contract price rises, or if the service you're receiving is simply not up to scratch. And the process to switch broadband is also now much simpler than it used to be.

You can find all the information you need on these subjects and more in our guide to your broadband consumer rights.

Posted by Andy Betts on 2018‑12‑13 16:07 in NewsEEZenPlusnetTalkTalkSkyBTVirgin Media