How you can watch Game of Thrones in the UK 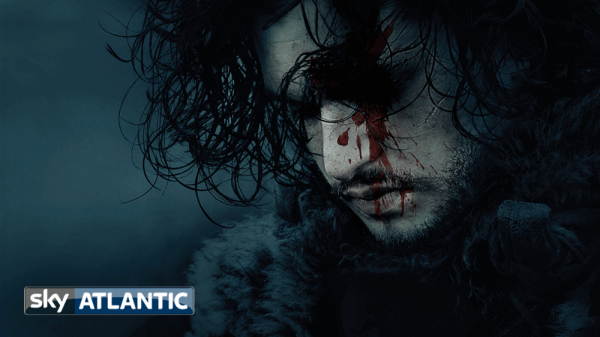 Game of Thrones Season 6 is well under way, and it's still the hottest show on TV. But what's the best way to keep up with the action in Westeros? Read on to find out how you can watch Game of Thrones legally in the UK. And we'll keep the post spoiler-free, because if you want to binge on the boxsets right from the start there are ways to do that, too.

The only way to watch Game of Thrones on broadcast TV in the UK is through Sky Atlantic. For the keenest fans the show goes out at 2am on Mondays, simulcast with HBO in the States. This is followed by a more reasonable 9pm repeat.

If you're a Sky+ customer with Sky Atlantic, you also get access to Sky Go through a web browser or mobile app. This enables you to watch the show live as it's broadcast, or on catch-up afterwards. The cheapest Sky+ deal with Sky Atlantic is priced at £20 per month. There are also lots of great value Sky broadband and TV bundles available. If you're a Sky Q customer you can of course watch your Sky TV shows anywhere.

The kicker is that Sky Atlantic is only available if you have got a Sky satellite dish. If you're a Virgin, BT or TalkTalk customer, you'll need to look to other online services to get your GoT fix.

Game of Thrones on NOW TV

The easiest way to watch Game of Thrones online without being a Sky TV customer is with a NOW TV subscription. This Sky-owned streaming service has packages starting at just £6.99 per month for the NOW TV Entertainment pass, which includes Sky Atlantic. Among the 11 other channels in the package is FOX, which means you'll be able to watch the next season of The Walking Dead online, too.

With NOW TV you can watch live or on catch-up, where shows are available for 30 days. It comes with a two week free trial and there's no contract so you can cancel at any time.

You can watch NOW TV on pretty much any entertainment device you can think of. Your options include a dedicated NOW TV box (priced from £14.99), a Chromecast, the PS3 and PS4, Xbox 360 and Xbox One, some LG smart TVs, YouView boxes, Android and iOS phones and tablets, or just a regular web browser. A broadband speed of at least 2.5Mb connection is recommended. For mobile viewing you need at least 450Kb - make sure you have a large enough data allowance to avoid any excess charges.

If you've fallen behind with the show - or have never seen it - you can watch Game of Thrones boxsets online to get up to speed with the action.

Sky customers can catch up through a Sky+ or Sky Q box, or the Sky Go app. However, shows are only licensed for a set period of time, so may not always be available. Even if you download the episodes they will disappear from your Planner when they expire. It's the same situation on NOW TV, with shows appearing and disappearing on a regular basis.