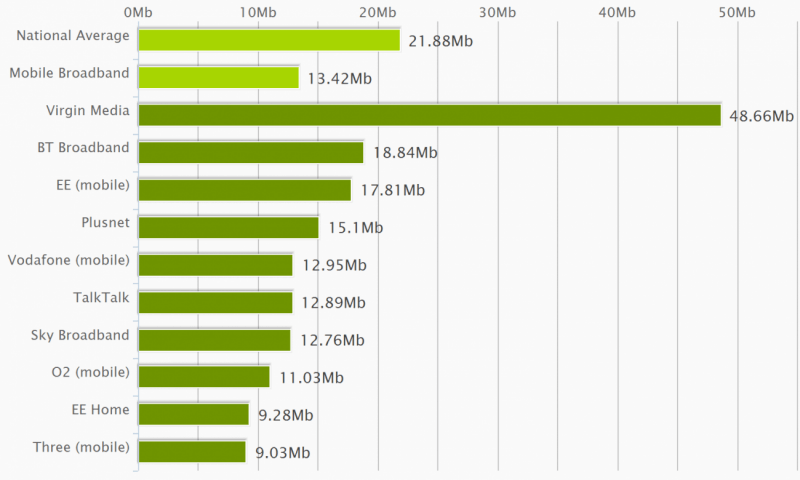 October 2015 saw average download speeds for fixed line providers recorded by users of our broadband speed test rise by 2.76Mb in comparison to the results from September, coming in at 21.88Mb. Average upload speeds saw a 0.4Mb increase to 4.65Mb.

Virgin Media's average download speeds rose by 6.31Mb to 48.66Mb, with upload speeds also improving to 6.64Mb. Virgin have recently begun rolling out their 200Mb service for new and existing customers, which accounts for the significant increase in download speeds.