Why is rural broadband so slow, and what can you do about it? 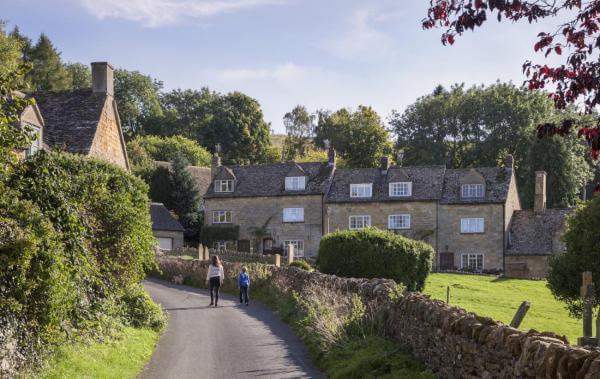 What comes to mind when you think of the British countryside? The rolling hills? The quaint tea rooms? Cricket on the village green? How about terrible broadband?

Back in March Ofcom released the results of its latest broadband performance survey, and it was gloomy reading for rural households.

Ofcom's data showed that internet speeds in rural areas are less than a third of those in urban areas. It showed that speeds for country dwellers have barely budged in the last three years, and that 75% of households are stuck on internet connections of 10Mb or slower.

It's even worse in the most remote areas. Another survey from the NFU suggested that more than half of its members were getting by on speeds of less than 2Mb.

Meanwhile, Europe's Digital Progress Report, from the European Commission, highlights just how far the UK's rural broadband infrastructure lags behind the rest of the continent. Just 45.9% of British rural homes have access to superfast broadband, compared to 97% in The Netherlands, 89% in Switzerland, and approaching two-thirds in rural parts of former Eastern bloc states like Slovenia and Lithuania.

The cause of slow rural broadband

The causes of slow internet speeds mostly relate to location and infrastructure.

Most people in the UK get at least part of their broadband connection delivered over the copper telephone network. Even most fibre broadband services are actually only part fibre. The further your connection has to travel over copper lines, the slower it gets, so the distance you live from your nearest telephone exchange (for standard broadband) or street cabinet (for fibre), the slower your service will be.

In towns and cities these distances tend to be shorter, so the speeds are faster. In rural areas, the opposite is true.

To make matters worse, upgrades to the infrastructure often only occur where it is economically viable. This inevitably results in areas of low population density being excluded. Many rural exchanges and cabinets have not been upgraded to be able to provide faster broadband speeds.

There are plans in place to improve broadband speeds across the UK, especially in hard to reach areas.

Broadband Delivery UK (BDUK) is a Government-funded body tasked with this, with the aim of extending superfast coverage to 95% of UK households and ensuring a modest 2Mb service is available to everyone.

The Better Broadband subsidy scheme has been set up for the latter. It targets around 300,000 of the most remote properties, and subsidises the installation of a wireless or satellite broadband service to the tune of around £350. You may be eligible if you're unable to get a 2Mb service currently, so long as there are no plans to install fibre in your area in the next 12 months.

However, as our guide to rural broadband explains, these alternative services do not come without a few caveats to be aware of.

So, what are your options?

While there's no magic solution, you do have plenty of options if you want a service that offers more than the bare minimum performance.

Our rural broadband guide gives you everything you need to know about getting the fastest internet access in the countryside. It explains all the factors that can hit fibre and standard broadband speeds — you can use our coverage checker to find out whether you are likely to be affected.

And if broadband from the main providers isn’t going to work out for you, we’ve got a full lowdown of the other services you can choose. These range from smaller, local providers bringing ultrafast fibre broadband to select regions using their own infrastructure, to mobile broadband, to niche services like satellite and fixed wireless broadband.

You don’t have to settle for sub-standard internet performance. Check out our rural broadband guide today to help get your service up to speed.